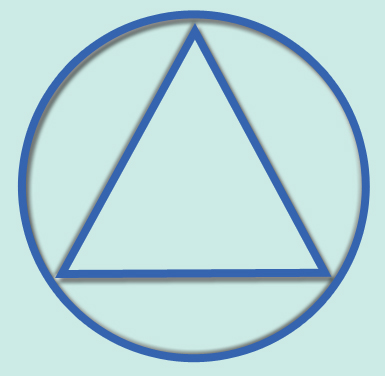 AA in Philadelphia started on March 6, 1940, when the first open meeting of the Philadelphia Group was held at the home of George Sullivan. Bill and Lois Wilson were among the attendees. The second “AA Clubhouse” was opened in November, 1940 on Sansom Street (the first in NY). Membership then numbered about 75, including three women.

In 1948 Philadelphia Intergroup was founded (now known as SEPIA). There were 26 active groups then. There were a total of 13 (?) Eastern Pennsylvania “conference areas” representing 122 groups in 1951. The first state convention was in 1958.

District 60 was split from District 22 in 1993. Today, about 27 groups comprise District 60, generally in the Philadelphia neighborhoods of Kensington, Fishtown and Lower Northeast Philadelphia. GSR participation runs from 20-30%.

District 60 meetings are held on the 3rd Sunday of the month at 1:00 pm at St. Michael's Church at 2501 Trenton Ave in Philadelphia, PA. We begin with the serenity prayer, do roll call of the groups, GSRs present or absent being noted by the Secretary. We then review any committee reports, DCM/ADCM reports, Treasurer Report, Old Business, New Business, read the Tradition and the Concept of the Month and close with the Responsibility Pledge. Special Guests may be invited to speak on General Service, the Traditions or the Concepts. The officers and their roles are below.

In order for an action to be taken a General Service Representative (GSR) makes a motion. In order for the motion to proceed another GSR must second the motion. Those assembled may then discuss the merits or flaws of the motion as they see fit. A GSR can call the question in order for all the GSRs to vote yea or nay on the motion. Another GSR must second the motion to call the question. The DCM then takes a vote. A quorum of eight GSRs is required to carry a motion as long as the number of those voting yea is larger than the ones voting nay.

In accordance with AA Concept V, the "Right of Appeal," the minority has a right to to voice his or her argument after the vote. The DCM then gives the other members a chance to change their vote if they find the minority voice's argument compelling. If anybody changes their vote, the DCM conducts another vote.

Once in the two year panel, the District does a District Inventory to see how we are doing in relation to the Traditions and Concepts.

Twice a year, the District holds a workshop with other local districts on General Service.

The District meeting is open to all AA members. Only District officers and GSRs or their alternates, have a voice or a vote. If a member wishes to address the District, he/she may do so through the GSR.

District officers will be elected during the October District meeting, every two years prior to the voting year of the Eastern Pennsylvania General Service Assembly (EPGSA) annual Convention in November. Voting years are the even numbered years, when the Area elects its new officers. The DCM will ask each GSR if they accept or decline the officer position. If more than one GSR stands for an open position, there will be a vote to elect. We follow the rule Concept 12 of substantial unanimity of 2/3 of the group vote for election.

CHAPTER 5: Responsibilities of Officers and GSRs

Alternate District Committee Member: fills in for the DCM when needed, spearheads the District workshop.

Secretary: Reads the previous meeting minutes, reads the roll call, takes notes of the current meeting happenings, types them up and emails them to DCM and Web Servant.

Visitation committee: visits meetings in the district that have no GSR to let them know about the role of the district and general service opportunities.

Tradition committee: visits meetings in the district to help group awareness of the roll of the Traditions at the group level.

Archives committee: informs the District of the activities of the Archive Committee.

Grapevine committee: visits meetings, brings Grapevines and promotes the use of the Grapevine for service opportunities (groups can buy subscriptions for prisons and rehabs).

If any district officer is absent for more than three (3) consecutive times, and is not responsive after attempts of the DCM and/or Member at Large to contact him/her, the District can then elect to vote in a new officer for the position. After 3 consecutive absences of a GSR and 6 attempts of the Member at Large to contact them, if they do not resign or are unreachable, the District members can then decide to visit the group’s business meeting and see if the group wants to fill the GSR position.

Officers newly elected who are completing the term of a resignation/absence, etc., will fill out the term of the former, and could accept a nomination for another term, keeping in mind Tradition 9, long form, that “rotating leadership is the best”.

District 60 maintains a prudent reserve of $300 for a six month period, $600 annually. Estimated annual expenses as of August 2014 are: $225 for DCM to attend yearly EPGSA Convention, $120 for rent, $100 for workshops, $50 for copies, mail, fax, etc., $100 for DCM travel to and from Area Quarterly and other Area events. The district reimburses the DCM for the cost of gasoline to drive to and from Area events at the rate of 40¢ per mile. If the District accumulates fund beyond the prudent reserve, the officers then vote to determine how to distribute the excess, keeping in mind the Traditions and Concepts.

These guidelines were prepared and approved by the District Structure Manual Ad Hoc Committee in September 2014 and should be reviewed by each panel thereafter.

Return to top of page.